KELLY STREET NW1
Originally built about 1855, the house has been Grade II Listed since 1975, requiring preservation of much existing fabric: brick on clay with slated roof, plaster and lath on timber walls, wall panelling, pine floorboards and cast iron fireplaces.

The owners wanted a pure setting for art and furniture and were keen to make use of rubber as a low-maintenance material.

A mark of respect for the historic building is to avoid mimicry or competition with the original, working in an overtly 21st century way to visually distinguish the eras from one another. The form of the new addition has an austerity (the matt black rubber externally) balanced by a playfulness (the ‘fish-bone’ ceiling).

A ‘shadow’ of the building has been constructed in matt black rubber in the back garden. This ‘shadow’ casts a further ‘shadow’ of dark slate onto the garden.
Featured in the 2013 London Open House event.
Shorlisted for Don’t Move Improve Award
Rubber panelled bathroom featured by Houzz 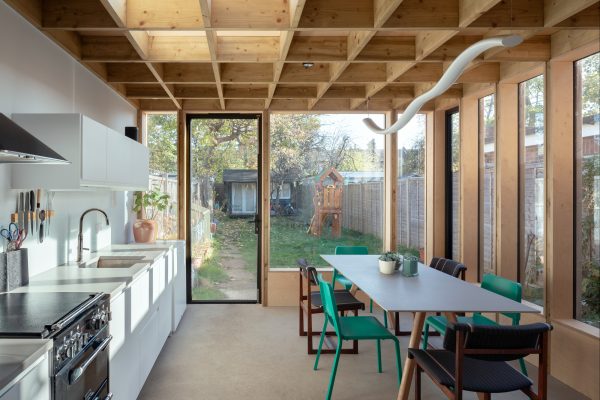 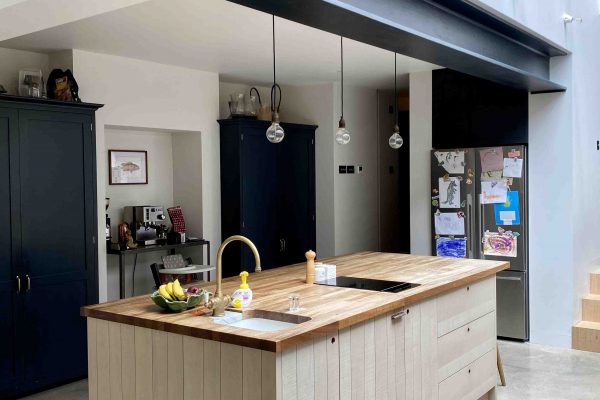 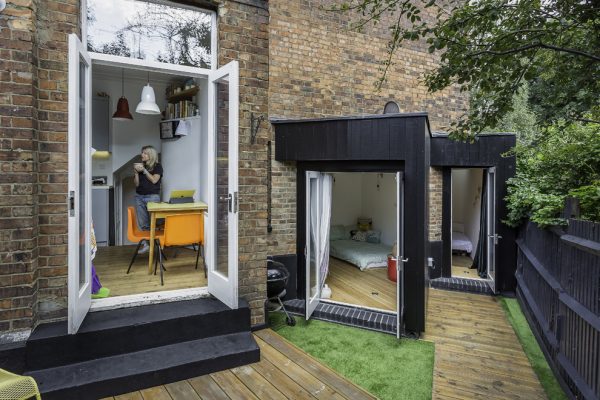